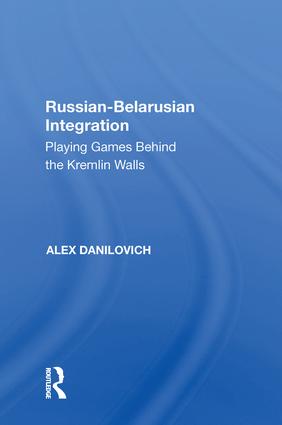 Russian domestic politics has long been both labyrinthine and pragmatic, at once both inordinately complex and breathtakingly dynamic. The same can be said of Russia’s foreign policy, in particular in relations with the former Soviet republics. Any study of Russian foreign policy comes back to the intriguing question of why Russia, long perceived as an inveterate imperial power, would refuse to take back a handsome portion of its former empire – a portion that offers a bridge to Europe and an advantageous geostrategic position. Despite formal declarations, Russia has made little progress in achieving union with its ex-Soviet neighbour, Belarus. Linking Russia’s foreign policy to its domestic politics, Alex Danilovich clarifies this paradox and explains why specific attempts to reunify Russia and Belarus failed, contrary to the desires of significant forces on both sides and to certain theory-based expectations.